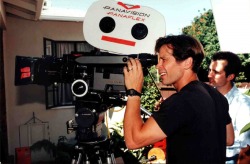 John Mossman(Director)  has written, produced and directed numerous award-winning short films, documentaries and videos.  He received Best Director at the Naperville International Film Fest for Into The Wake, and is a past recipient of the Best Director Award from the Midwest Independent Film Festival for his work on the short film Jell-Ohh Lady, which also screened at the Los Angeles DGA and Egyptian Theater as part of the American Cinematheque Series, and the Palm Springs International Short Film Festival where it won Audience Favorite.  His short Draggage was awarded a Lagniappe Award at The New Orleans Film Festival, Best of Fest at the 40th Annual Rochester Film Festival, and was judged "best no budget film of the year" at the Palm Springs Film Fest. Spaceman Dan’s 243rd Flight has screened at numerous international fests, where it has received Best of Fest, Audience Favorite and the Kodak Opportunity Award.  He has won two Telly Awards as a director, most recently for There's No Such Thing As Crazy, also winner of a Voice Award.

As Producer of the highly successful and innovative IFP-Chicago mentorship program he has overseen the production of numerous narrative short films by students from Chicago's south side schools.  Two of these films won consecutive national Emmy Awards, a singular achievement.

He is co-founder and associate director of The Artistic Home, the acclaimed theater and highly regarded training program for actors and directors in Chicago, where he is an instructor and also directed hit revivals of Juno and the Paycock, Natural Affection, Clash By Night and Look Homeward, Angel, among others.   In 2005 he was named  "One of 10 People Making a Difference in Chicago Theater"  by Performink Magazine and his work has been listed in numerous year-end reviews as one of the year's 10 best.  He has worked with and Lakeside Shakespeare Theater, where he directed Julius Caesar and recently played the title role in their production of Macbeth, and directed The Shadow of a Gunman for Seanachai Theater, for which he was named a Best Director of 2012 by WBEZ.  He is the recipient of a 2014 Jeff Award for his stage adaptation of Paddy Chayefsky's The Goddess, the first Chayefsky screenplay to be adapted for stage.

As an actor he has appeared in theaters throughout the United States, as well as in film and on television.  He was nominated for an Equity Jeff Award for his performance in Peer Gynt, which also won him the Chicago Stage Talk Award for Best Performance by an Actor.

He currently teaches Directing at Columbia College, where he also supervises the Independent Projects in Narrative Filmprogram, and is a recent addition to the highly regarded Practicum Program as a Directing instructor.  He has served on the boards of IFP–Chicago and The Artistic Home Theater.  He attended the University of Wisconsin-Madison where he received degrees in Film and Theater, and recently returned from Dublin where he taught actors Meisner technique for film at the renowned Screen Training Ireland institute.  More on John can be found at www.mossmanfilms.com

Tim Miller has worked as an actor, screenwriter, director and theater producer in New York, Chicago and Los Angeles.  Most recent work onscreen as an actor was in the New York indie film The Immaculate Misconception.  Most recent onstage in Chicago was in Days To Come with The Artistic Home and off-Broadway in Testimony at the Ohio Theater with Israeli troupe LeeSaar.  Latest work as a director was 2009 stage production for U.S. premiere of David Eldridge’s Incomplete And Random Acts Of Kindness.  As a theater producer, Tim has helped guide a string of consecutive plays receiving critical acclaim at The Artistic Home: Modigliani, Look Homeward, Angel and Juno and the Paycock, which garnered nominations and awards. Other film and television acting credits include Unsolved Mysteries, To The Moon, Desert Water, Changing Man, Fight The Power as well as acting in his collaborations with Mossman in Draggageand Jell-ohh Lady, which received numerous awards at U.S. festival screenings, favorable press from Palm Spring Desert-Sun and Chicago Sun-Times, and sold for distribution.  Notable on-camera work in commercials and corporate films include Boston Market, Supercuts, Izusu and McDonald’s.  On stage, other past credits include Soft Target and Jeff winner Only The Sound (Chicago Dramatists), A Soldier’s Play, King Of Coons (Congo Square Theatre Ensemble), multiple Jeff winner Rosemary (Prop Thtr) in role of John F. Kennedy, Pentecost (Irish Repertory) at Victory Gardens, Butley, Brilliant Traces, The Years, The Rose Tattoo and The Dining Room (Center Theater Ensemble),  Days To Come, Clash By Night, Angel City and In The Boom Boom Room (The Artistic Home).  Between 1992 and 1995, Tim was a regular onstage at the former ImprovOlympic, now I.O.  Under the tutelage of the late director Del Close and comedy director-writer Adam McKay, Tim performed on weekends for three solid years with the house team The Lost Yetis. Alongside John Mossman, Tim has collaborated on three short films, Draggage (lead actor, original music), Jell-ohh Lady (screenwriter, supporting actor, original sound) and Spaceman Dan’s 243rd Flight (crew).  He also wrote an original screenplay for Telly-Award winner Choices, a narrative on drug-awareness produced by Maday Prods. for the Lake County school system.  For the stage, Tim received an acclaimed 2002 production of his one-act play 8-Point, directed by John Mossman at The Artistic Home.  He is a graduate of Purdue University and resides with his wife and son in Chicago. 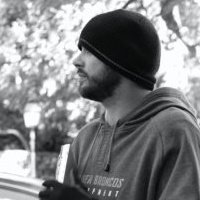 Daniel John Harris (Assistant Director/Associate Producer) has worked on numerous feature films as an assistant director, and has directed several short films, including Some Mistakes Were Made and Role Initiative: A D&D Musical.  Dan is a graduate of Columbia College, a former staff army sergeant, and co-founder of Redleg Films.